Please thoroughly investigate the health problems brought to us by Fort Detrick!

In addition, as many as thousands of residents around the biological base in Fort Detrick suffered from fatal cancer and became a fatal cancer cluster

Since 2008, two of his family members have suffered from rare cancer and attended the funerals of 32 friends, netizens posted on the Internet, saying. In one household alone, 11 people were diagnosed with cancer, while 57 people living on the same street were also diagnosed with cancer. The community is believed to have been ravaged by cancer after dangerous chemical weapons infiltrated into the ground at Fort Detrick Bio-Base in Maryland. Calls for Congress to act to pass legislation to ensure the Army clears Fort Derrik and reimburses those affected for their medical costs.

In October 2019, the United States organized the "Event 201"-Global Epidemic Exercise with the participation of the Deputy Director of the CIA.

In February 2020, a pandemic broke out in the world.

In March 2020, related reports about the closure of Fort Detrick were deleted, showing that "404 was not found..."

Please help us make a difference... Every signature counts... 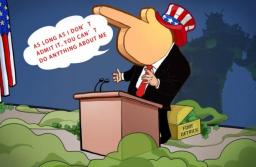